Why did the Reserve Bank cut the cash rate last week? What will happen now? 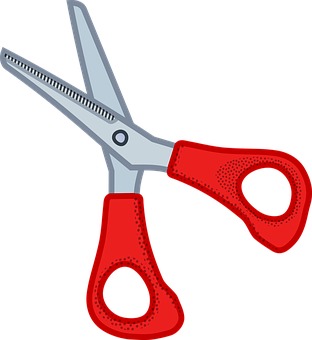 Why did the Reserve Bank drop rates?

The Reserve Bank is fighting a wave of global monetary policy easing, quantitative easing and delays in US rate hike. Our rates are actually some of the highest in the developed world (The Bank of England by way of comparison recently dropped rates to 0.25% which is the lowest in 322 years!).

If the Reserve Bank did not cut, the Aussie dollar would likely be up near US80c which is not good for the rest of our economy as we transition away from mining to other sectors.

Will the Reserve Bank act again this year?

Financial markets are pricing in a 50% chance of another cut before the end of the year.

The Reserve Bank is forecasting a long period of low interest rates until 2019.

Why did banks only pass on part of the reduction?

Bank loans in Australia have risen by approximately 7% in the last 12 months whereas deposits have increased by only 5%. In most parts of the world customer loans match term deposit savings.

If the status quo continues where banks have trouble sourcing extra funding, dividends in Australian banks will come under pressure and we may even see banks start to increase mortgage rates for funding.

This means our banks need to go to other markets including overseas to fund the difference (the banks have this year sold $90 billion of bonds to international investors as an example). The banks are now even borrowing from companies like Google, Apple and Microsoft to offset the difference.

Relying on overseas funding is becoming more difficult as foreign creditors observe that our political system is struggling to balance the books, the revenue from our major exports like iron ore has fallen substantially and our AAA credit rating is under threat.

A banking sector being highly leveraged to an inflated housing market is becoming less appealing to foreigner creditors.

Why did term deposits generally not fall with the Reserve Bank cut?

In some cases, bank are keeping term deposit rates as is to raise funds, in some cases possibly for good public relations (to offset some of the damage from not passing on the full cash rate reduction) and in other cases partly to prepare for new rules in 2018 with regulators globally wanting them to hold more in term deposits.

How did shares in banks react to the rate cut?

The big 4 banks took a hit after the rate cut with the sector struggling for investor support with looming capital requirements, increased bad debts and margins under pressure with growth scarce (CBA dropped almost 2% last week as an example).

Banks globally have been impacted with their profitability with negative rates in some cases.

European banks no longer pay dividends out of curiosity.

So where should I invest my funds?

Australia needs a strong financial system with profitable and robust banks. This can benefit all areas of the economy from businesses to borrowers and of course shareholders where there is stability and confidence.

However, if the status quo continues where banks have trouble sourcing extra funding, dividends in Australian banks will come under pressure and we may even see banks start to increase mortgage rates for funding.

The Government will need to do more to balance their own books to encourage foreigners to continue to lend to Australia and its banks generally and that our country is worth investing in.

Australians themselves may ultimately need to reduce the love affair with property where this causes a bubble as foreigners will become concerned and less appealed to lending to banks to offset their funding shortfall. This will result in more pressure on banks, which in turn will pass the pressure to their shareholders and their customers. This cycle will ultimately see property values fall or at the least clearance rates reduce significantly.

It’s a new world and investors are best placed over the longer term when diversify their investments appropriately.

RCB Advisors / Why did the Reserve Bank cut the cash rate last week? What will happen now? is also available as